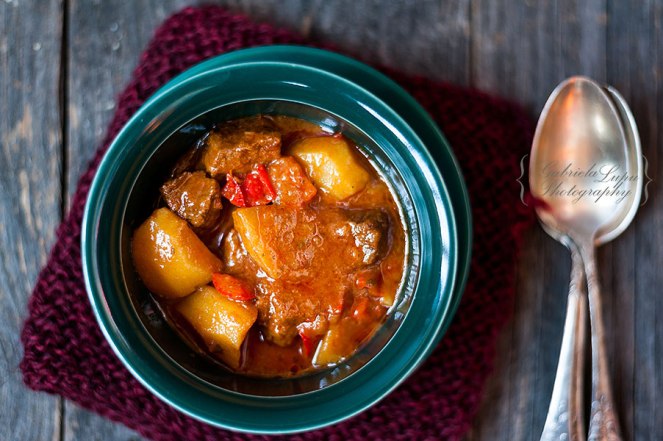 Goulash was, and still is, a very popular dish among herdsmen in Hungary. The word gulyás originally meant only “herdsman”, but over time the dish became gulyáshús (goulash meat –  a meat dish which was prepared by herdsmen). Today, gulyás refers both to the herdsmen, and to the soup.

The cooked and flavored meat was dried with the help of the sun and packed into bags produced from sheep’s stomachs, needing only water to make it into a meal. It is one of the national dishes of Hungary and a symbol of the country. They made it in a cast-iron kettle hung above open fire, out in the fields.

Originating from the medieval Kingdom of Hungary, goulash is also a popular meal in Central Europe,Scandinavia  and Southern Europe.

Even in Hungary every other housewife or chef has its own way of cooking it by adding or omitting some of the ingredients, or changing something in the preparation process, however they would all call their gulyás the most authentic.

Potato and noodles (csipetke in Hungarian) are also added according to some recipes.

Hungarian goulash is neither a soup nor a stew, it’s somewhere in between. In the restaurants you will find it at soup.

This peasant dish got on the noblemen’s and town folk’s table only towards the end of the 19th century. In the second half of the 1800s it became very important to protect treasures of Hungarian culture, the language and the gastronomical delights, as part of the movement to emphasize Hungary’s national identity and independence from the Austrian Habsburg dynasty’s rule.

Restaurants started to put goulash on their menus too, and by the second half of the 20th century, the soup became the number one dish of Hungary that every tourist coming to the country must try.

My recipe won’t give you the perfect Hungarian goulash, but it will come very close. I was so surprised that I managed to make it so good. I was expecting a complete desaster, as I you all know I am not a good cook.

– ground black pepper and salt according to taste

Heat up the oil in a pot and braise the chopped onions with the mustard in it until they get a nice golden brown color. Sprinkle the braised onions with paprika powder while stirring them to prevent the paprika from burning. Add the beef cubes and and sauté them till they turn white and get a bit of brownish color as well.

The meat will probably let out its own juice, let the beef-cubes simmer in it while adding the grated or crushed and chopped garlic (grated garlic has stronger flavor),  some salt and ground black pepper, the bay leaf, pour water enough to cover the content of the pan and let it simmer on low heat for a while.

When the meat is half-cooked (approx. in 1,5 hour, but it can take longer depending on the type and quality of the beef) add the white wine, parsnip and the potatoes, and some more salt if necessary (vegetables tend to call for more salt). You’ll probably have to add some more (2-3 cups) water too.

When the vegetables and the meat are almost done add the tomato sauce and the sliced green peppers. Let it cook on low heat for another few minutes. You can remove the lid of the pan if you want the soup to thicken.

Hi. My name is Gabi and I am a professional photographer, a new mom and a wife. I wanna learn to cook healthy food for my little one, so I made this blog to share my cooking experiments with everyone. It's gone be a long and a bumpy ride but a funny one, so stay tune for news and enjoy my ride. View all posts by CookingWithoutLimits 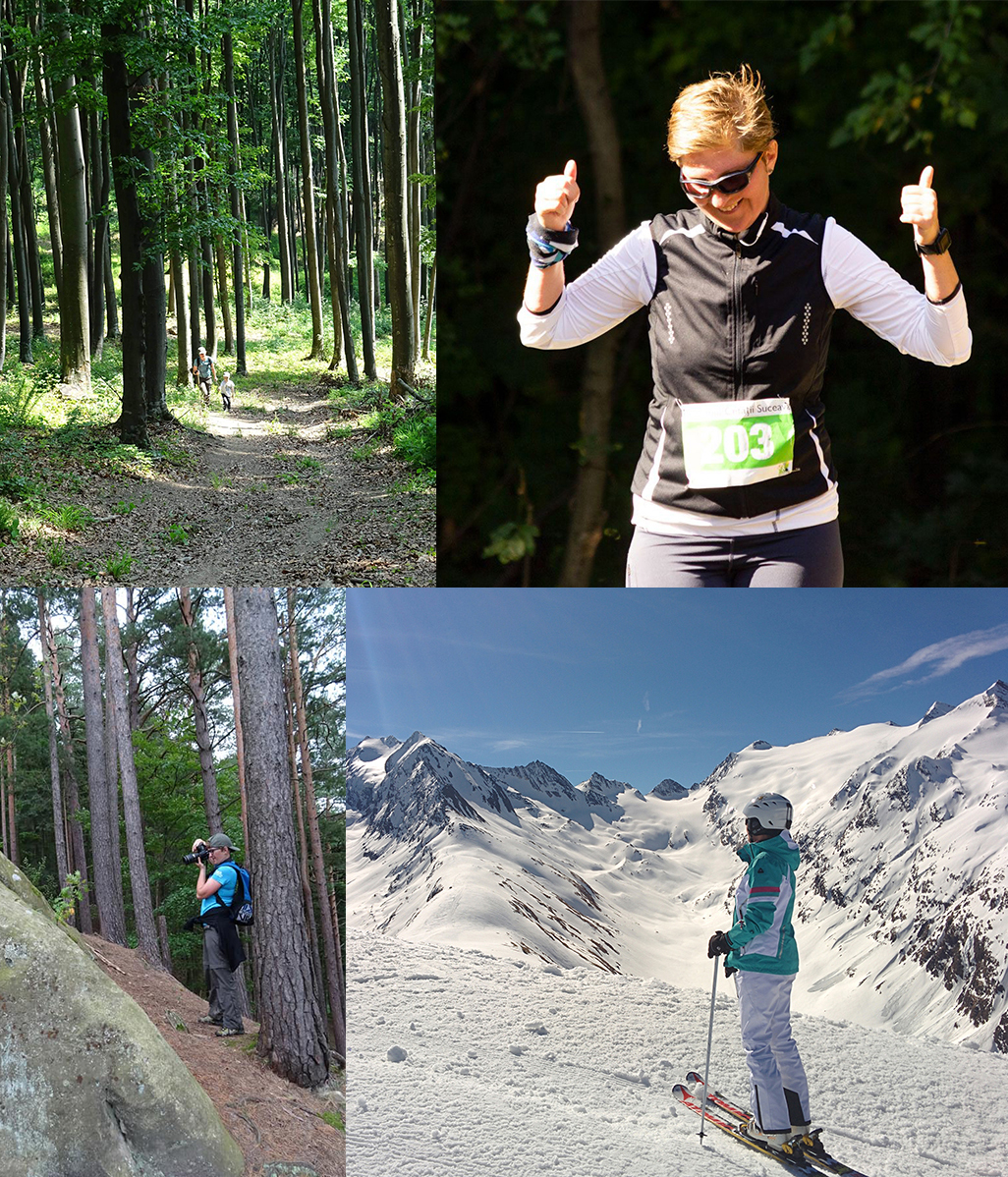